This dress has been finished for over a month.  I've been waiting for just the right combination of an available photographer, sunlight, and motivation to take pictures.  Today is the first day in about 2 weeks that the sun has shown its face, so I decided it was time. 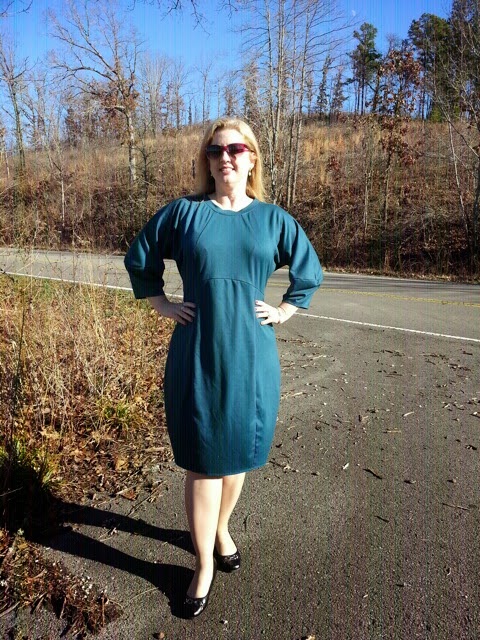 It was part of the plus offering in that issue and was pictured like so:

I was drawn to the design, but puzzled because the photo shows a rather close-fitting dress, while the tech drawing shows a more structured piece with unusual shaping.

I'm still kind of puzzled even after finishing the dress.  I started with my "normal" Burda size and made a muslin size 44.  It was big- loose and baggy.  I made a 3/8" petite adjustment above the bust to bring the horizontal seam up to the right place and to shorten the darts.  That helped a lot. 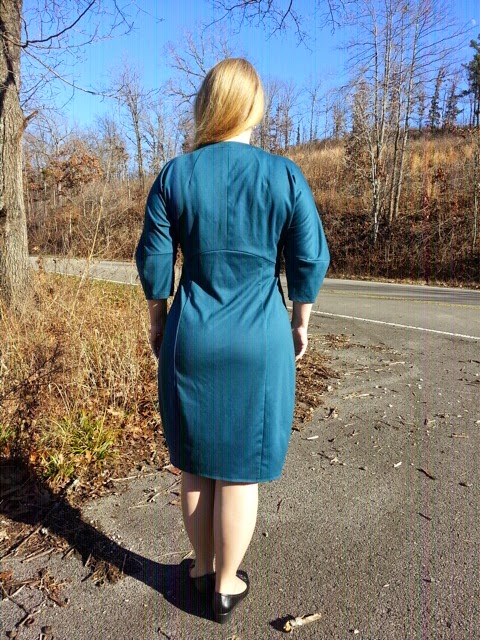 I used quilting cotton for the muslin and ironically, I think that the dress was more interesting in the stiffer fabric.  It certainly made the lantern shaped sleeves and the rounded skirt stand out more.

I ended up using ponte knit for the final dress.  It's certainly comfortable and I like the color, but the fabric is really too limp to show off the design to the best advantage.  I believe the magazine called for a woven wool (I don't have it handy to check) and in this case I probably should have used the suggested fabric or something similar. 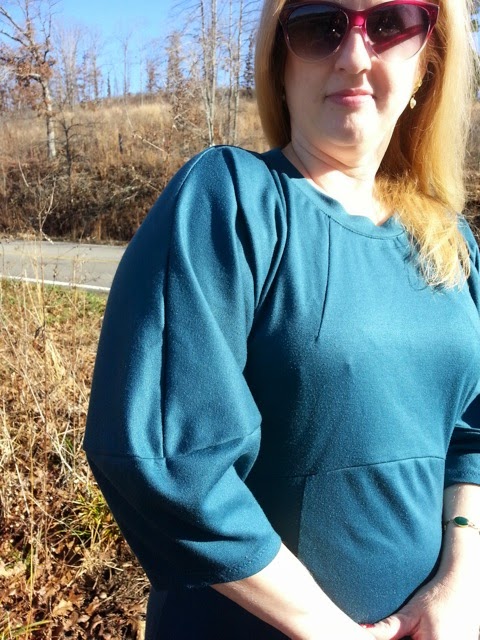 When I had the dress basted together, I tried it on and it was still way too big.  The horizontal seams were okay, but I had to take the sides in about 1/2" on each side from just under the arm to the hip.  Even with those adjustments, it is still loose on me.  I decided that was okay.  Everyone needs at least one loose dress in their wardrobe. 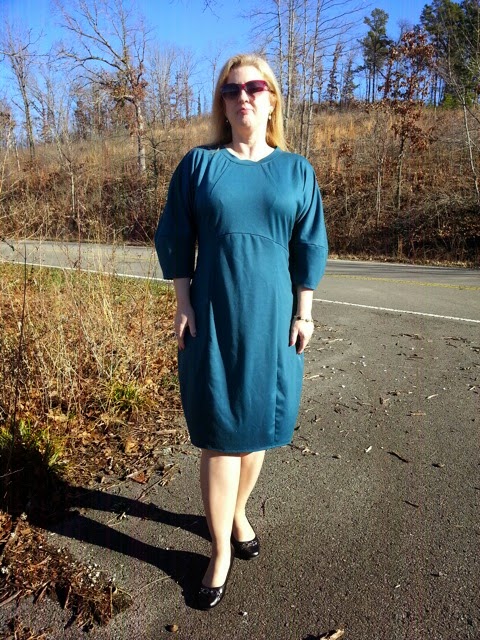 At the last  moment, I also decided to change the slouchy collar to a simple band.  I like the look, but unfortunately I didn't cut my band short enough and I have some rippling in the front.

Looking at these pictures, I have to admit this project is a fail.  The dress doesn't fit quite right, the seams look puckery, and the band is wonky.  I wonder if taking it in to be more fitted like the photo is worth the effort.

At this point, I think not.  I'm ready to move on to something else: 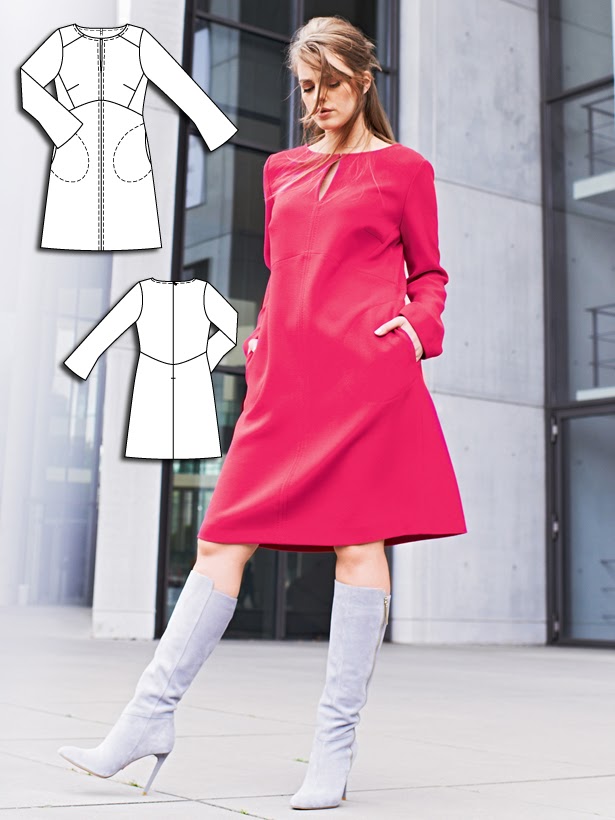 I traced Burda Style 10-2014-139 and cut out a muslin today.  I am interested to see how this goes together and how it looks on.  The dress in the photo is clearly too big for the plus sized model.  Although Burda describes it as a "figure-concealing A-line dress" with a "sixties look," I like the style lines and I think if it was fitted better, this could be a really pretty dress.  I guess we'll see.

I have loved this dress for a long time. Are you sure it's a fail? Do the seams really look that puckery IRL? Those long shadows in your photos might mean the light accentuated them , not that I'm an expert on lighting!

That's interesting to note about the QC showing off the lines more...still ponte is lovely to wear and the sleeves are pretty on you! The lines on your next project also look very flattering. It's hard to beat Burda for visually interesting seams.

I rather like it! I've looked at this line drawing many times as well, so thank you for making it and reviewing it. If you're not happy with it as is, how about shortening it to a tunic length?