Sort of Kind of Update

The flap dress is still under construction. Slowly but surely it's inching its way toward completion. I actually did work on it this weekend, but hit a snag when I realized I didn't have any suitable lining fabric in my stash. (The bodice is lined.) I have since aquired some fabric for the lining and I plan to get back to work on it ASAP.

In the meantime, I went ahead and traced the patterns for my next two projects. The first will be dress #106 from the December 2007 issue of Burda World of Fashion: 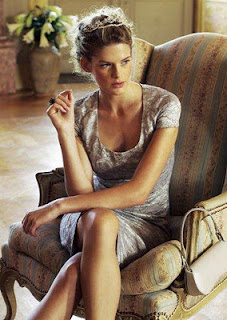 Yeah, the photo is next to useless. Here is the tech drawing: 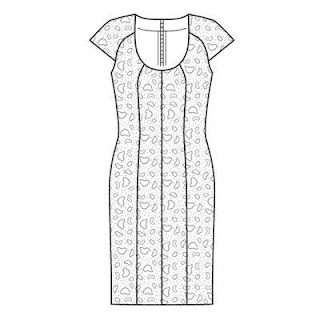 I'll be using a royal blue ponte knit, and since the weather is taking a turn for the cooler, I'll be using the long sleeves from the "evening gown" version of the dress: 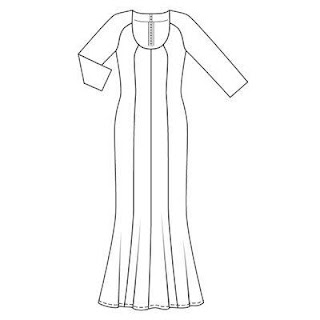 It will be a pretty simple dress, but I think all the vertical seaming will be quite flattering. I also anticipate it to be a simple project. I hope I don't end up eating those words. 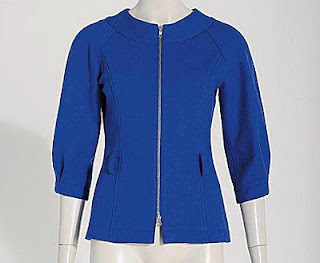 I plan to use the same blue ponte knit as the dress (I won't be wearing the two together.) Since I will only just have enough fabric for both, I plan to cut them out together to make the best use of the yardage I have.

Here is the same jacket in red (and slightly shorter.) The details show up better in this photo, I think. 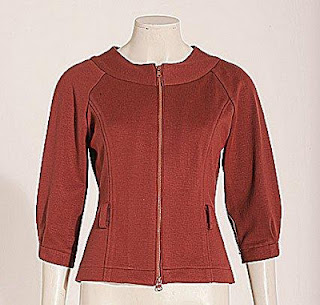 That 10/2008 magazine was a really good issue. You may be seeing a couple more projects from it in the future.

The new November 2011 issue looks to be really good, too. You can check out a preview at the French site if you're interested. I'm hoping it arrives in my mailbox in the next week or so. (Like I need anything else on my to-sew list.)